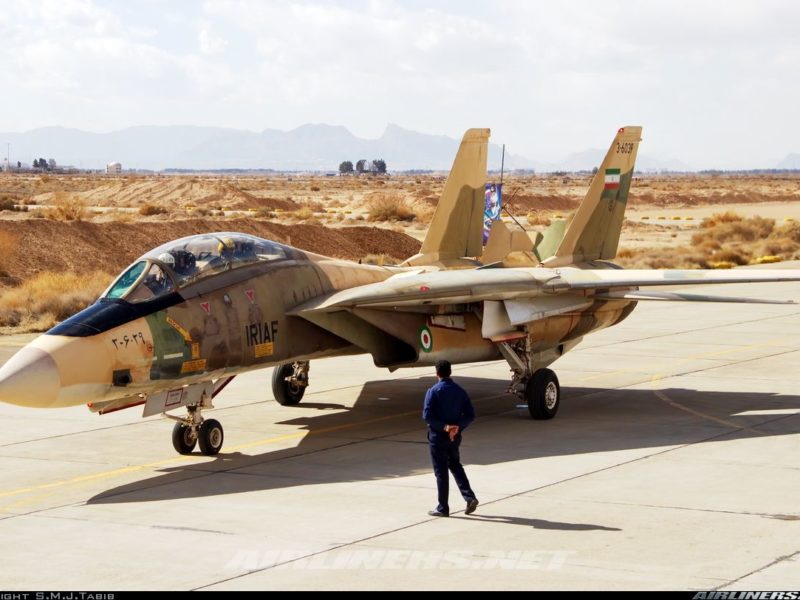 An Iranian fighter plane crashed near the central city of Isfahan on Saturday after its engine failed, nearly one month after another jet crashed killing the pilots.
The Saturday crash involved a Grumman F-14 Tomcat. The pilots, 2, survived and had been taken to hospital.
Authorities blamed a technical failure in the engine for the crash. The incident is the second in less than one month. On May 23, a F7 jet for the army crashed at the Anarak training site near the central city of Isfahan. The two pilots died in the crash.
Four years ago, an F7 jet reportedly crashed near Isfahan during an aerial exercise because of what was later described as a technical problem.
The Islamic republic’s airpower has aged and several years of western sanctions have crippled Teheran’s ability to revamp its fleet. The country has an assortment of US-made military aircraft purchased before the 1979 Islamic Revolution, as well as Russian-made MiG and Sukhoi planes.