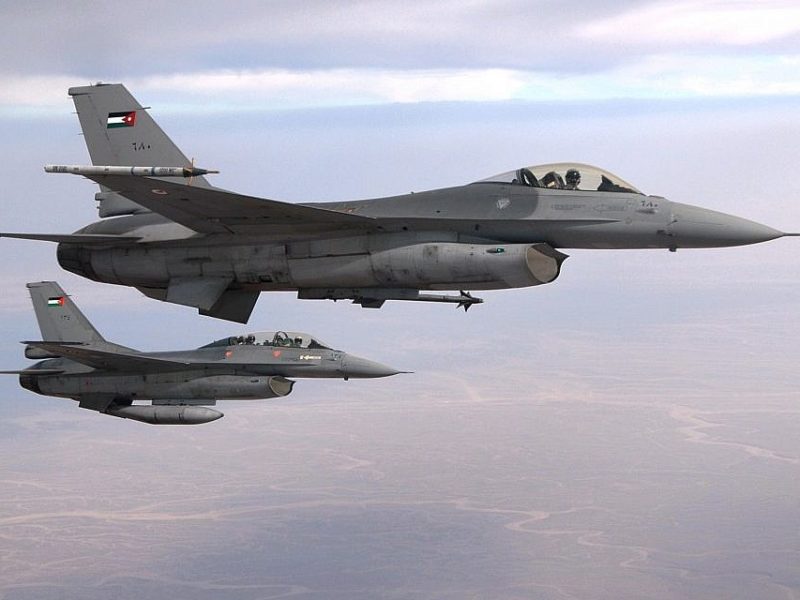 Two military personnel flying a military jet during a drill died Sunday after the aircraft crashed in the northern town of Ramtha near the border with Syria, the Jordanian army said in a statement citing a technical malfunction.
The pilots are identified as Maj. Bilal al-Shoufein and Cpt. Baha Abu Ghanmi.
The mishap took place at 9:00 a.m. local time in the northern town of Ramtha, in empty land, the statement added. The aircraft was built by Germany’s GROB Aircraft Co.