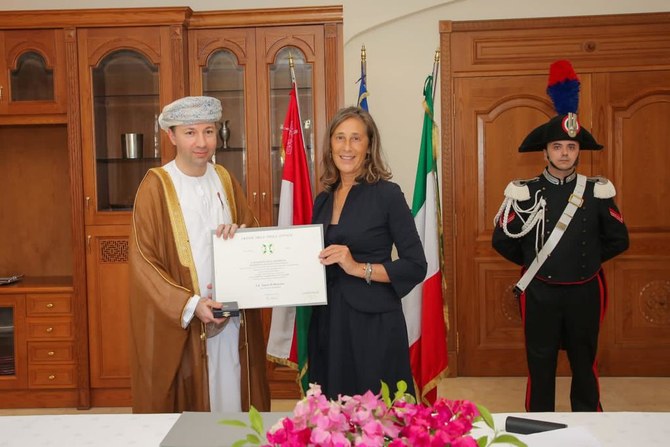 Al-Musawi received the honor from the European country’s Ambassador to Oman Federica Favi at a ceremony in Muscat. The award recognizes Al-Musawi’s work in enhancing relations between the two countries, having collaborated with Italian experts on projects since 2011.

“We benefited from recruiting Italian experts in the foundational phase of the National Museum, to contribute to restoring elements of the cultural heritage of Oman,” Museum head told the Omani News Agency.