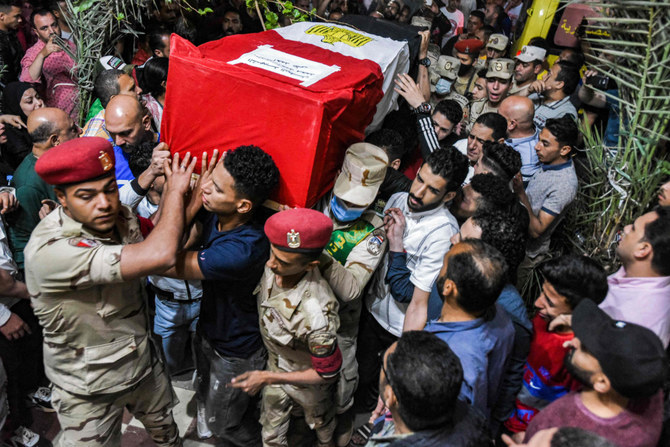 The Islamic state group cell in Egypt claimed Sunday the lethal attack which killed 11 soldiers late last week, at a water pumping station east of the Suez Canal in the town of Qantara in the province of Ismailia.
The terror group in a statement on its propaganda channel Aamaq news agency on Telegram took responsibility of the attack killed at least 11 people.
The group said militants staged a surprise attack at a checkpoint guarding the pumping facility, then fled the site. The attack has broken the relative relief in the North African country after several years of scores of attacks that had hit country since 2013 following the ascendance to power incumbent leader Abdelfatah Al Sisi after he removed the first democratically elected and Islamist President Mohamed Morsi.
The slain soldiers were laid to rest Sunday during separate funerals attended by thousands of people.
Al Sisi, according to his office, presided over a meeting of the Supreme Council of the Armed Forces, which includes the military’s top commanders, to discuss the consequences of the attack.
Several countries around the world including Saudi Arabia, UAE, Jordan, Bahrain and Tunisia condemned the attack and pledged their support for Egypt in addressing terrorism.