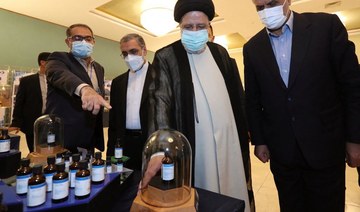 The ministry said the spies were arrested in Sistan and Balouchestan province in Southeastern Iran, but stopped short from revealing the nationalities of the alleged Israeli Intelligence agency’s spies.

The intelligence ministry said in a statement late on Wednesday that the spies were involved in disseminating classified information and documents.

Iran is harshly opposed to Israel as both countries have been fighting for influence in the Middle East region. This month, the Commander of the Islamic Revolution Guards Corps (IRGC) Qods Force Brigadier General Esmayeel Qa’ani warned Israel of a crushing response to any mischief, saying that the Zionist regime is too little to confront Iran, the Iranian news agency reported.

“If an act of aggression is carried out against the interests of the Islamic establishment anywhere in the world, we will respond with seriousness,” General Qa’ani said.

In March, the IRGC forces arrested members of a team that was allegedly plotting acts against Fordow nuclear facility in Central Iran, before the Iranian New Year holiday that starts on March 20