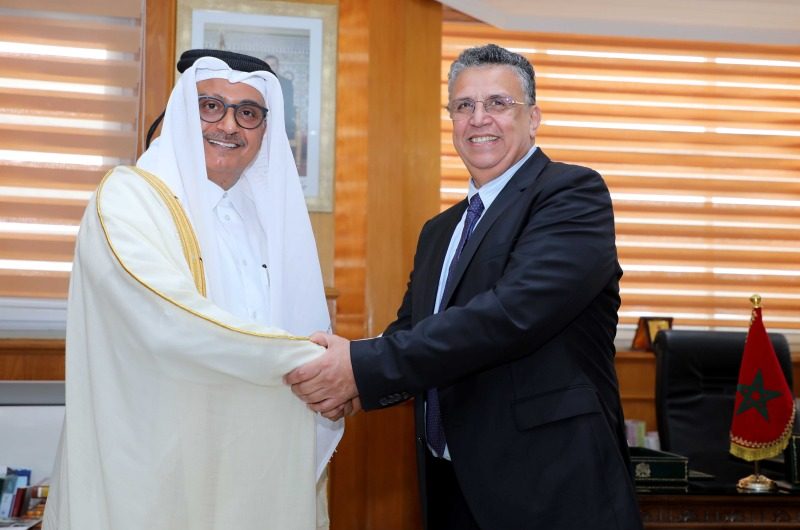 Means of promoting cooperation in the field of justice between Morocco and Qatar were at the center of a meeting, Monday in Rabat, between the Minister of Justice, Abdellatif Ouahbi and his Qatari counterpart, Masoud Bin Mohamed Al Ameri, currently visiting Morocco.

This meeting was an opportunity for the two parties to express their shared resolve to promote bilateral legal and judicial cooperation, said Abdellatif Ouahbi, expressing the wish to raise bilateral relations to the level of the aspirations of the two countries’ leaders.

The means to strengthen judicial cooperation between Morocco and Qatar were also at the center of talks between the Qatari official and public prosecutor at the Court of Cassation, president of the public prosecutor’s Office, El Hassan Daki.

On this occasion, the two parties discussed the prospects of cooperation in the judicial field and the exchange of experiences and expertise to improve the judicial system.

Daki gave the Qatari minister a brief overview of the Moroccan judicial system as well as the developments in the justice sector, in light of the 2011 Constitution.

He then outlined the missions, roles and prerogatives of the Presidency of the Public Prosecutor’s Office and the prosecution offices of the various jurisdictions of the Kingdom.

The Qatari Justice Minister praised the Moroccan experience in the field of independence of justice, outlining the main features of the judicial system in his country, including the work done by the various judicial bodies.