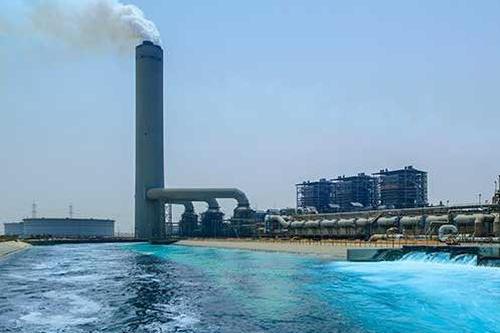 The Egyptian Electricity Transmission Co., EETC, will sign a purchase deal with Saudi Arabia’s ACWA Power for wind energy of 1,100 megawatts, Zawya reports.
EETC, the media notes citing sources, the project would cost over $1.2 billion and would be implemented in stages. The EETC will pay 2.85 cents per kilowatt-hour added.
The Egyptian Cabinet had agreed to proceed with talks for the Saudi company to replace the Hanadi village, Luxor governorate project that has a current total capacity of 2,250 megawatts.
The Arab republic aims to increase the power produced from renewable energy projects on the electricity grid to 42 percent by 2035, from the current 20 percent.
Per the deal, ACWA Power would purchase the land for the implementation of the project from the New and Renewable Energy Authority under the usufruct system for wind-power plants.
The Saudi company has already completed three solar power plants as part of Egypt’s Solar Energy Feed Tariff Program in Benban, Aswan governorate, and is competing for several other such projects.