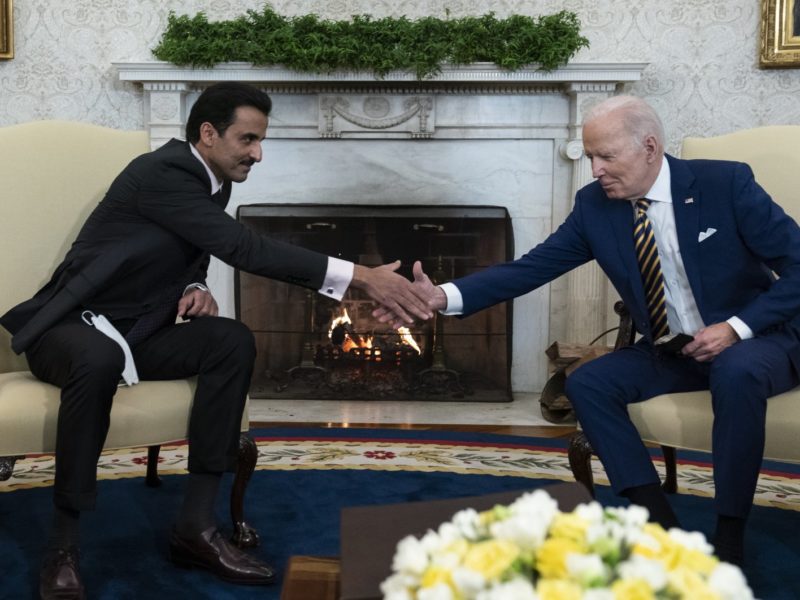 US President Joe Biden Monday announced he plans to grant the status of major non-NATO ally in the Middle East to Qatar, as he met with the ruler of the gas-rich country, Sheikh Tamim bin Hamad Al Thani.
The Qatari ruler’s visit aims at building relations with Washington that have strengthened since Doha hosted talks that led to the 2020 deal for the U.S. troop pullout from Afghanistan.
It is the first meeting between the two leaders after the US pullout in August.
Qatar has helped fly out hundreds of the US citizens or Afghans working for the U.S in the country. The Gulf country has become the U.S. diplomatic representative in Taliban-ruled Afghanistan.
During his sojourn in the U.S, Sheikh Tamim will reportedly discuss with Biden efforts by global powers to salvage the 2015 nuclear pact with Iran, with which Doha has ties, and efforts to end Yemen’s civil war.
He is also expected to discuss regional security with Biden as well as push for equal rights for the Palestinian people.