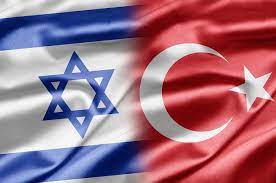 “This visit could open a new path in relations between Turkey and Israel”, said President Erdogan during an interview with Turkish private television NTV, indicating that he was “ready to take steps towards Israel in all areas, including natural gas”.

The rapprochement between the two countries has already begun for several weeks through telephone exchanges in particular, between Erdogan and Israeli leaders.

Last week, the Turkish president said he was ready to cooperate with Israel on a gas pipeline project in the eastern Mediterranean, thus marking Ankara’s desire to renew ties with Tel Aviv.

This new gas pipeline project would bring gas from the Eastern Mediterranean to Europe.

Turkey had previously strongly opposed a similar project in which Israel and its historical rival, Greece, were associated.

Named EastMed, it was backed at the time by former US President Donald Trump.

But according to the Israeli and Turkish media, Washington would have warned Athens that it no longer supported this project because of the tensions it caused with Ankara.

Erdogan then mentioned “talks with Israeli President Herzog” and hinted that he “could visit Turkey. Prime Minister (Naftali) Bennett also has a positive approach,” he assured.

Relations between Ankara and Israel had been strained since the Mavi Marmara incident in 2010, when Israeli forces launched a deadly assault on a Turkish ship trying to deliver aid to Gaza.

Both countries recalled their ambassadors in 2018 after Palestinian protesters died in Gaza.