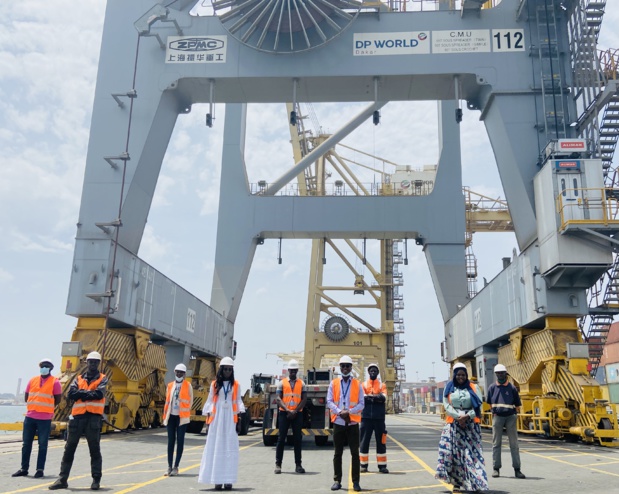 DP World will begin construction of a $1.13 billion deep-water port at Ndayane, around 50 km (31 miles) south of the Senegalese capital Dakar after leader of the African country Macky Sall laid Monday the foundation stone.
DP World Dakar, a joint venture between the Dubai-based logistics provider and the Port Authority of Dakar (PAD) will implement the project.
The first phase of the construction according to DP World will include 840 meters of quay and a 5 km marine channel designed to handle 366-metre vessels, with a second phase adding 410 meters of container quay and further dredging to handle 400-metre vessels.
The Emirati company would also would develop and operate the 300-hectare container terminal, as well as finance and design the land and maritime infrastructure, its chairman Sultan Ahmed bin Sulayem noted.
“It represents a brighter future as this new port will bring greater economic growth, prosperity, and jobs,” Sulayem said.