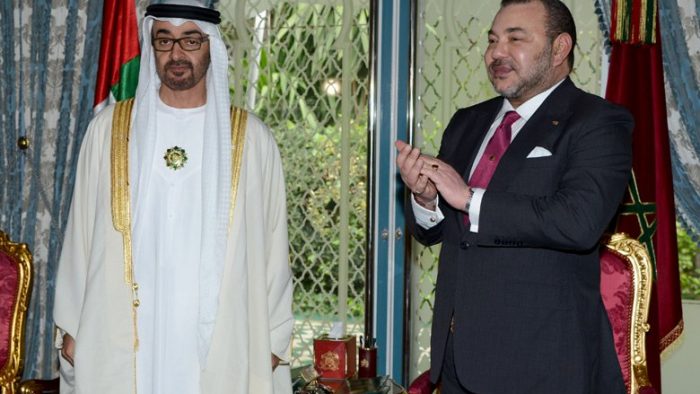 The visit which comes a few days after the leaders of the Gulf Cooperation Council (GCC), made up of Saudi Arabia, Bahrain, United Arab Emirates, Kuwait, Oman and Qatar, renewed their support to Morocco’s territorial integrity.

Actually, the 42nd Summit of the GCC High Council, held in the Saudi city of Al ‘Ula on Dec.14, reaffirmed in its final declaration its positions and its firm decisions in favor of the Moroccan Sahara and the preservation of the security and stability of the Kingdom of Morocco and of its territorial integrity.

The United Arab Emirates and Bahrain have set up Consulates in Laâyoune, in the Sahara, a token of their recognition of the Moroccanness of the Sahara.

Following the adoption of the final declaration, King Mohammed VI has sent messages of thanks and gratitude to the heads of state of the GCC for their clear support for the Moroccan identity of the Sahara.

In these messages, the Sovereign expressed thanks and gratitude to the GCC leaders for their respective countries’ clear support for the Moroccanness of the Sahara, and highlighted the sincere feelings of friendship, distinguished partnership relations, and permanent solidarity binding Morocco to its Gulf brethren.