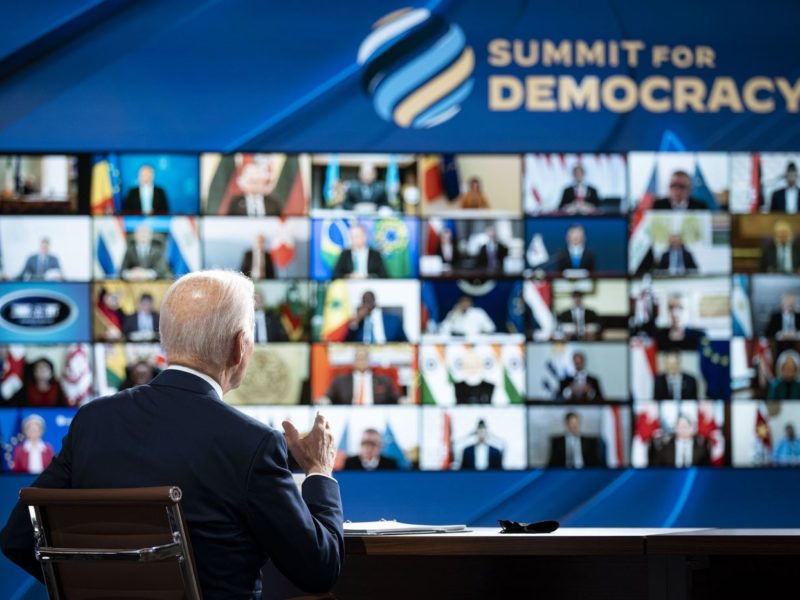 US President Joe Biden said democracy needed “champions”, including in the United States, as he opened a virtual summit of some 100 countries on Thursday, the choice of which has provoked much debate.
He said from the White House that democracy in the world needs “champions” to face “important and troubling challenges”, speaking from a podium surrounded by signs created for the occasion, bearing the inscription “Summit for Democracy” and a blue, orange and white logo.
The 46th US President acknowledged that the United States itself had to “fight relentlessly to live up to its democratic ideals” and agreed that none of the states invited to the summit were “perfect”.
But he called on them to join forces against “autocrats” who “justify their repressive practices and policies as the most effective way to meet the challenges of the day”, casting doubt on the ability of democratic regimes to care for their citizens.
The event, held virtually in Washington because of the Covid-19 pandemic, is in theory to be held in person next year.
The summit brings together representatives of around 100 governments, NGOs, businesses and charities, but the guest list has caused some tension.
The goal, according to Washington, is to “set an assertive agenda for democratic renewal and address the greatest threats facing democracies today through collective action”.