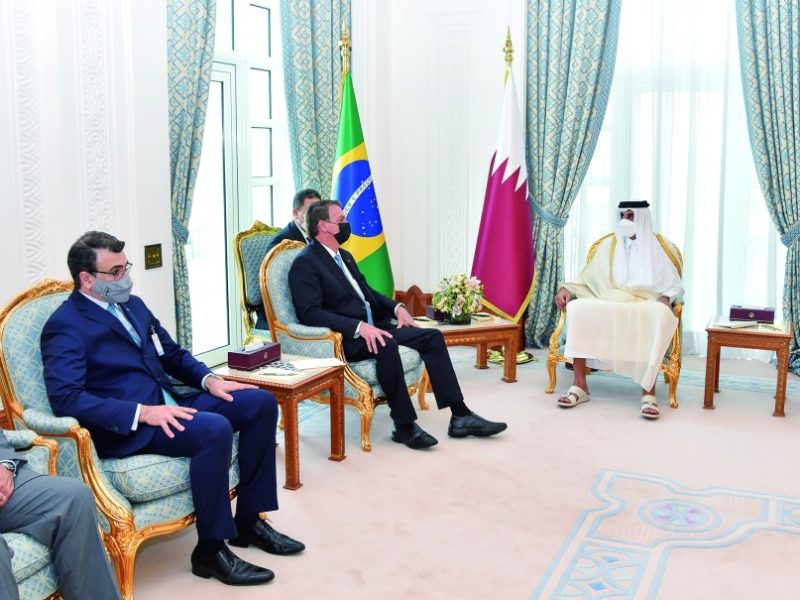 Qatar and Brazil signed Wednesday a military cooperation agreement on the sideline of the visit Brazilian president Jair Bolsonaro is paying to the Gulf country.

The Qatari Defense Minister, Khalid Al-Attiyah and his Brazilian counterpart, Walter Souza Braga Netto initialed the deal in the presence of high-ranking officers from both sides according to a statement by Qatar’s royal court.

The statement indicated that the two sides also discussed a number of issues of mutual interest. Netto is accompanying President Jair Bolsonaro who Wednesday embarked on an official visit to the Gulf country.

Ways to bolster bilateral relations, especially in the fields of investment, economy, defense, energy and sports were also discussed at a meeting between Emir of Qatar Sheikh Tamim bin Hamad Al Thani and the Brazilian Head of State. the two leaders exchanged views on a number of issues of common interest.