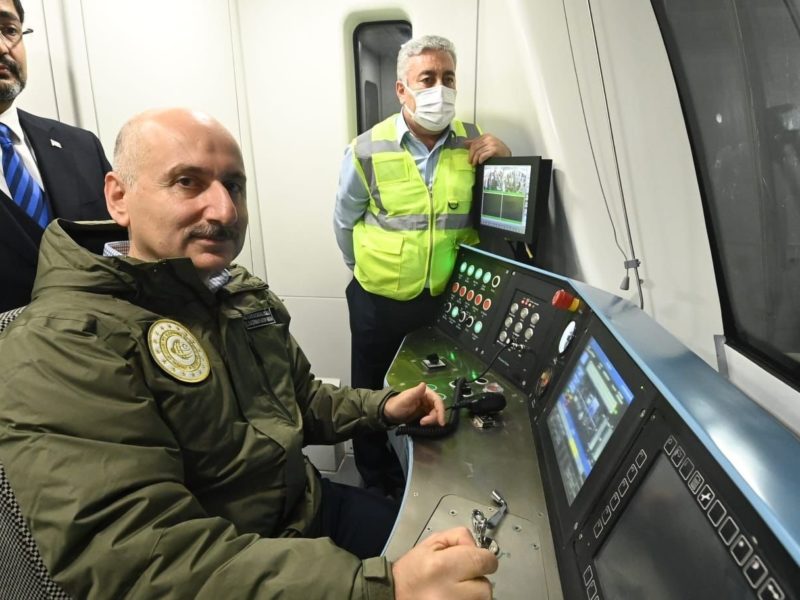 Turkey will inaugurate in the first quarter of next year country’s fastest metro line, in the city of the Istanbul, Transportation and Infrastructure Minister Adil Karaismailoğlu, reports say.
Karaismailoğlu took part in the mock run of the metro Monday. The new metro is entirely home-made.
“Ninety-six percent of the line is completed, and it will serve 600,000 passengers daily,” the minister said.
The new line will travel passengers at a speed of 120 kph (75 mph). The line have stops in the Kağıthane and Eyüpsultan districts on its route to Istanbul Airport, located on the northwestern part of the city’s European side, Daily Sabah reports.
The line also will be linked with other metro lines, including the metro line operating between Kabataş and Mahmutbey, Yenikapı and Hacıosman, and Halkalı and Istanbul Airport.
Launched in January last year, the project will save the country about $3.01 million in the next three decades, Karaismailoğlu revealed.