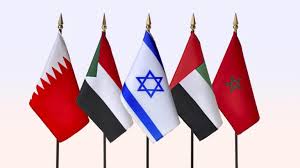 The Moroccan Jewish community in Argentina commemorated, in Buenos Aires, the first anniversary of the “Abraham Accords” which marked the resumption of relations between Israel and several Arab States, namely Bahrain, Morocco, the UAE, and Sudan.

The ceremony, which took place in the headquarters of the Association of the Latin Jewish Community of Buenos Aires (ACILBA), was attended by several personalities from the world of art, culture and business.

On this occasion, Diana Mercedes Serfaty, president of ACILBA, recalled with emotion how the Moroccan Jewish community of Argentina had lived the conclusion of the agreement to restore relations between Morocco and Israel.

The Chief Rabbi of the Moroccan Jewish communities, Shimon Wahnish, recalled on this occasion the teachings of the Prophet Abraham, ancestor of the Jews and Muslims, marked by “kindness, empathy, altruism, hope and sensitivity for others”.

For Rabbi Wahnish, the agreements reached a year ago between Israel and Arab countries are an “accurate reflection” of Abraham’s teachings for peace and tranquility for all human beings, in “a context marked by the maturity of our societies”.

The Israeli ambassador to Argentina, Galit Ronen, expressed her country’s hope that the Abraham Accords would be extended to other countries in the region so that peace and coexistence could be perpetuated.

Iman Dryef, Chargé d’Affaires at the Moroccan embassy in Argentina, stressed that Morocco is extremely proud of its large Jewish diaspora, which perpetuates its ancestral ties with the Kingdom through culture, hospitality, attachment to the family, gastronomy and music.

Morocco has tirelessly worked for peace in the Middle East, and remained faithful to its commitment towards its Jewish community and the unbreakable ties that have bound its members to the kings of Morocco throughout history.