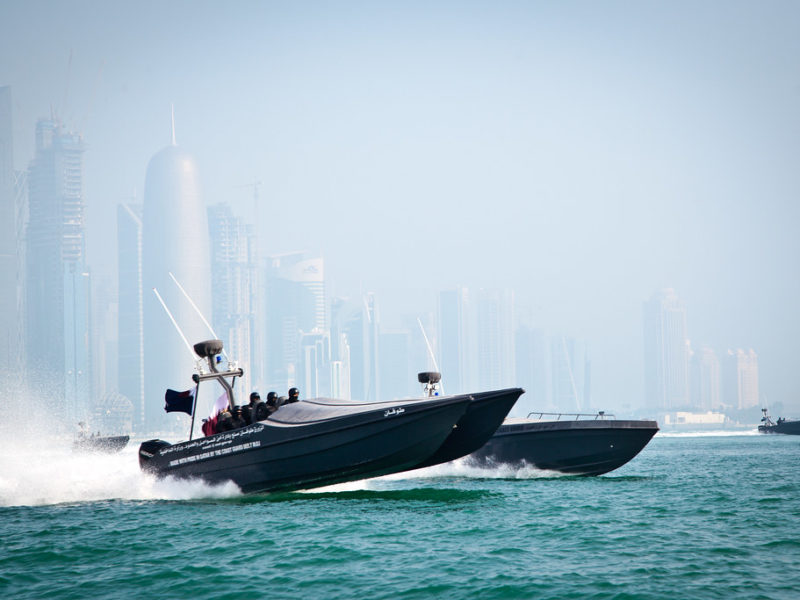 Qatar has intercepted and seized a Bahraini boat for entering illegally the territorial waters of the tiny gas-rich Gulf country, reports say.
Qatari Coastline Security General Directorate sent, Doha News reports, a fax to Bahrain’s Naval Operations Centre of Coast Guard, to inform of the seizure of a Bahraini vessel for trespassing into Qatari territorial waters. The incident took place Thursday. Qatar reportedly also said it will investigate two Asian nationals onboard after their arrest.
The Bahraini coast guard command according to the kingdom’s media, is taking necessary measures to diffuse the crisis. The incident is the first major crisis to occur between the two countries since January after Bahrain, Saudi Arabia, UAE and Egypt reconciled with Doha after several years of diplomatic feud.
Bahrain during crisis that started in June 2017, repeatedly breached Qatari territorial waters and airspace and has seized 130 properties reportedly belonging to relatives of Sheikh Tamim bin Hamad Al Thani, Doha news notes.
Aside from the diplomatic crisis, both countries, the Qatari media outlet notes, had a deep-rooted territorial contention over the waters and small islands that separate the peninsula from the main islands of its maritime neighbor which was eventually resolved by the International Court of Justice in 2001.