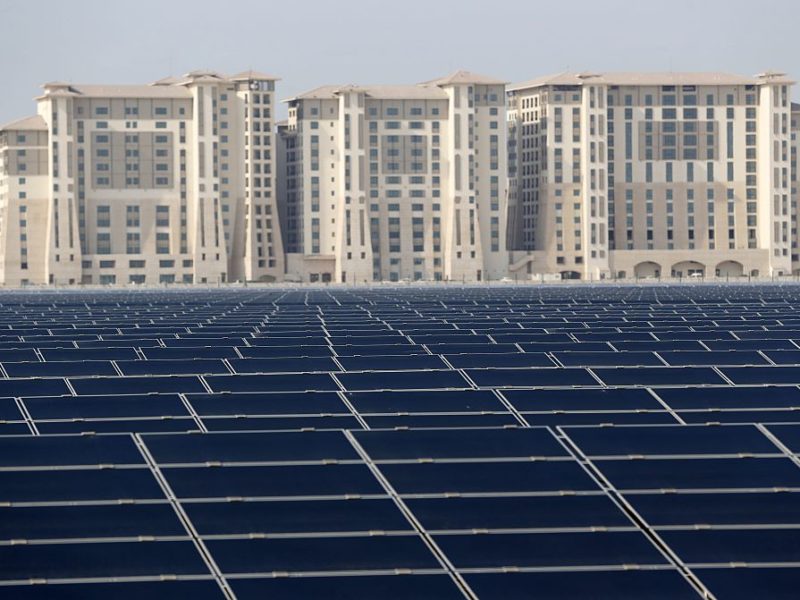 The UAE and Iraq signed on Wednesday a contract to build five electric power plants using solar energy, Arab News reports citing state-run Iraqi News Agency (INA).
The Iraqi Ministry of Electricity and the National Investment Authority signed the deal with Masdar, also known as the Abu Dhabi Future Energy Company.
Per the deal, first phase will include the production and generation of 1,000 MW out of a total capacity of 2,000 MW.
The value of the deal has not been revealed but Iraqi Oil Minister Ihsan Abdul-Jabbar earlier said it was expecting to sign contracts with Masdar until 2025, targeting the production of 10 to 12 gigawatts (GW), representing about 25 percent of Iraq’s electricity needs that exceed 40 GW.
The plants as part of the first stage taken by the Iraqi government to rely on alternative, clean, and renewable energies in the production of electrical energy, and to meet the country’s energy needs, reports say. Founded in 2006, Masdar is the regional and a major international player in renewable energy and sustainable urban development.