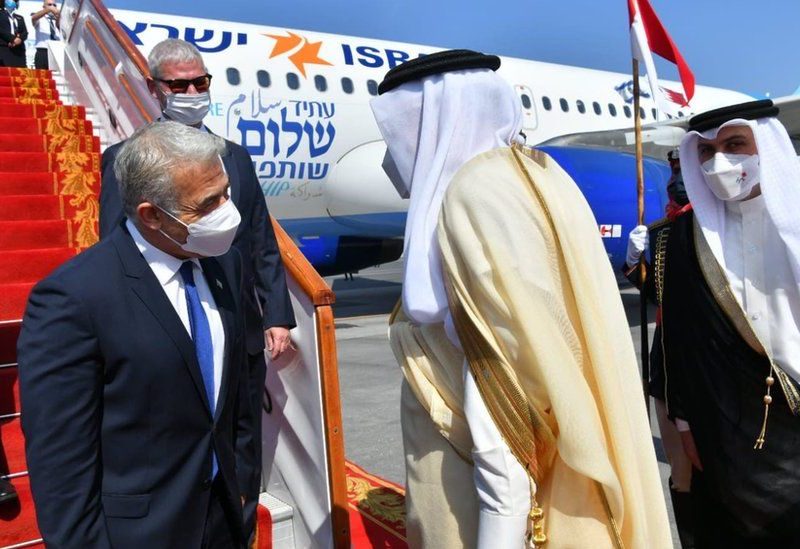 Israel’s Foreign Minister Yair Lapid arrived this Thursday Sept.30 in Manama for the first official visit by an Israeli cabinet member to Bahrain since the establishment of diplomatic ties a year ago.

“We’ve landed in Bahrain. I’m proud to represent Israel in an official and historic first in the kingdom. Thanks for the warm reception,” Mr Lapid tweeted on Thursday morning.

Mr Lapid will open the new Israeli embassy in Manama and sign several agreements during his trip.

The first commercial flight from Manama to Tel Aviv took off after Lapid landed.

Bahrain has also posted an envoy in Tel Aviv. On September 14th, Khaled Al-Jalahma, presented his credentials to the Israeli President.

“We see Bahrain as an important partner, on the bilateral level but also as a bridge to co-operate with other countries in the region,” an Israeli foreign ministry spokesperson had said.

Bahrain, the United Arab Emirates, Morocco and Sudan normalized relations with Israel as part of US-brokered deals known as the Abraham Accords.