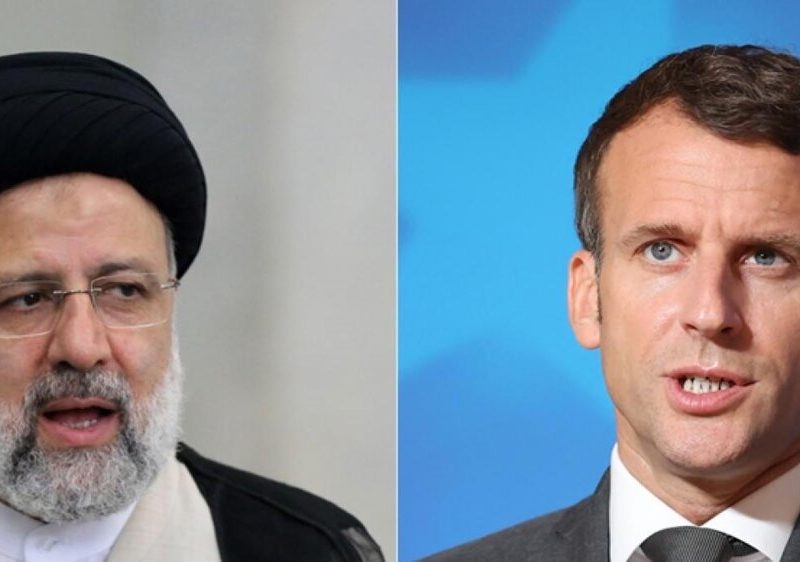 Macron appears as the first top western leader to hold conversation with Raisi who was sworn in early this month following his landslide victory of June elections.

The conversation touched on several subjects including Joint Comprehensive Plan of Action (JCPOA), maritime security and Lebanon, the media said.

Iran and western powers, with an indirect involvement of the US, have renewed since April nuclear talks to save the JCPOA after Washington pulled out in 2018.

After the six rounds of talks, both sides failed to reach a deal as the US raised new conditions, such as Iran’s missile program and Iran’s influence in the region, the Iranian media notes. “We are looking for a solution to this issue and we hope that negotiations will start again,” Macron said.

Discussing the maritime issue, the French president said that Paris and Tehran must create a framework for stability and make sure that there will be stability in all areas, including maritime navigation.

Iran has repeatedly been blamed for attacks in the Gulf region and the Oman Sea. Raisi reportedly indicated that Iran is very serious about providing security and maintaining deterrence and confront the factors that undermine security.

On Lebanon, Macron stressed that Paris seeks Iran’s help in solving the political and economic crises that have gripped the country.