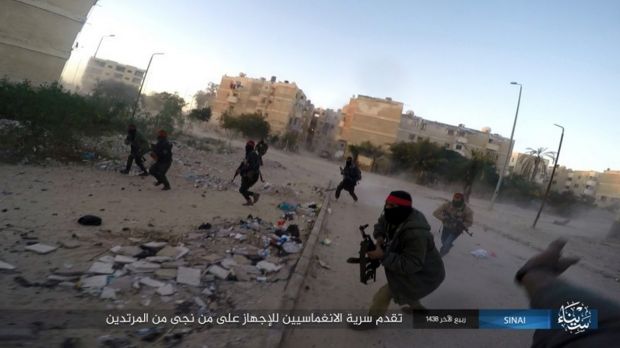 Eight Egypt soldiers were injured and killed in a counter-terrorism operations Sunday in Sinai province, reports citing the army.
The fatalities and injuries occurred during clashes with militants loyal to the Daesh group operate, in the northern Sinai. The army also said 19 militants were also mowed down in the operations which also led to the confiscation of arms and ammunition.
The forces also destroyed hundreds of explosive devices and some explosive belts, 13 tunnel entrances used to infiltrate the North Sinai region, which has borders with the Gaza strip and Israel, as well as 200 vehicles, some of them loaded with arms and ammunition.
Egypt has been since 2013 waging war against militants in the restive region. The campaign has caused hundreds of deaths among the army ranks.