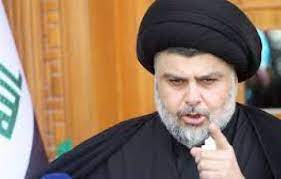 Popular Iraqi Shiite leader Iraqi Muqtada al-Sadr has announced he will not take part in October general parliamentary elections as he distances himself from current Administration.

“To save the country, I inform you that I will not take part in this election,” Sadr said in a televised speech.

“I decided to withdraw my hand from all participants and members of the current and future government, and that everyone is under penalty of account,” he added.

He also criticized the state for corruption in the country, calling for the protection of Iraq, DPA news agency reports.

Sadr enjoys millions of supports and controls a large paramilitary group. Very vocal against US and Iran influence in Iraq, the cleric through the Saairun coalition won, during the 2018 parliamentary election, 54 seats.