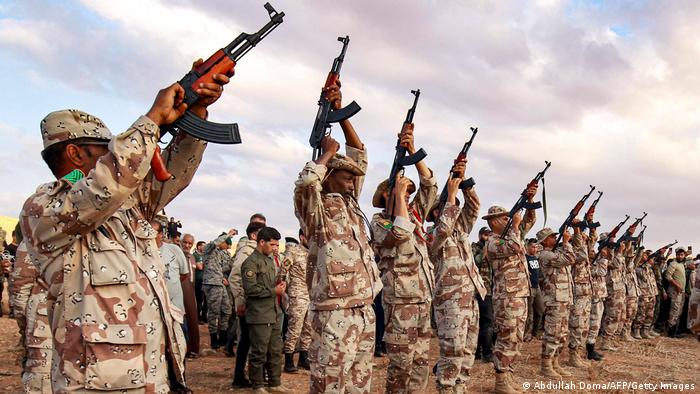 Germany is hosting a new international conference on Libya on Wednesday, June 23. The presence of many countries and actors on the ground should help consolidate the progress made in recent months, particularly on the holding of elections. The withdrawal of foreign forces planned by the first Conference in Berlin 18 months ago has remained a dead letter.
Obtaining guarantees on the holding of the elections planned for the end of December in Libya: such a result would already be a success for the German diplomacy in charge, 18 months after a first conference, of organizing a new edition called “Berlin II”. The only important difference this time: Libyan actors will participate in the meeting.
Germany is pleased that progress has been made in recent months, reports our correspondent in Berlin, Pascal Thibaut. There is a ceasefire between the internationally recognized regime in Tripoli and the forces of Khalifa Haftar in the east of the country. A unity government between these two rival factions has also been formed and oil extraction has resumed.
But these advances are primarily due to Turkey’s support on the ground in Tripoli. And the commitments made at the first Berlin conference by Ankara and Moscow to withdraw the forces they sent there have remained a dead letter. According to Jan Kobis, the UN special envoy, the divisions in the country and its institutions persist.
Moreover, the delivery of arms and the arrival of mercenaries has never stopped: “those who committed themselves, last time in Berlin, to withdraw their troops, have not kept their word,” deplored the head of German diplomacy. According to the UN, there are some 20,000 Russians, Chadians, Sudanese, Syrians and Turks. Libya is still not stabilized and a new conflict can break out at any time
As for the guarantees that elections will be held at the end of December, if they are proclaimed, they must not remain a dead letter. Doubts remain about the real will of the current government to see the elections take place.
Libyan politicians accuse the current executive, headed by Abdelhamid Dbeibah, of wanting to take power. The main issue at stake at this summit will therefore be to guarantee the holding of presidential and legislative elections on December 24.