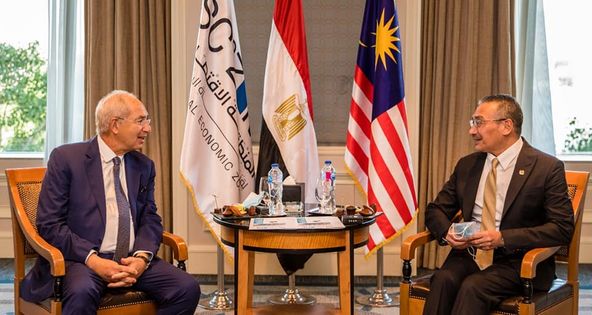 Malaysia is looking to inject some investment in Egypt’s Suez Canal Economic Area (SCZone), the Arab Republic announced in a statement on Monday.
Hishamuddin Hussein, the top diplomat of the Asian country met up with President Abdelfattah Al-Sisi and discussed joint cooperation and pump Malaysia’s investment in industrial sectors targeted by the Economic Zone within its plan during 2020/2025.
The Thai future investments are expected to go in petrochemical manufacturing in Ain Sokhna as well as the rail equipment manufacturing in Port Said.
It is unclear when Malaysia is planning to make the investments.
The Asian country is not the only in the world seeking cooperation with the SCZone.
In June, the SCZone and its counterpart in Poland’s Katowice signed a deal to establish a Polish industrial zone in Ain Sokhna, Arab Finance reports.
Russia is equally mulling plans to establish its second industrial zone in Egypt in Ain Sokhna, the media notes.