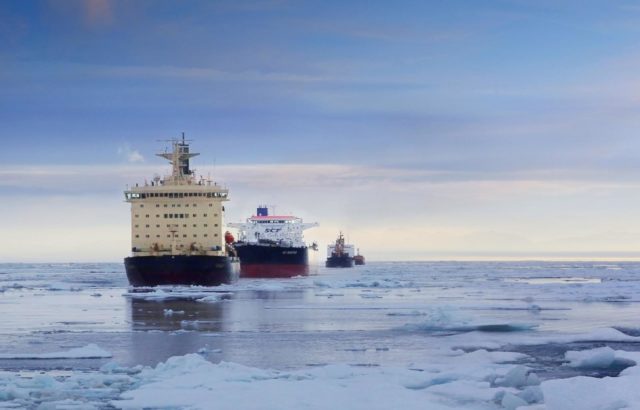 Russian state-run energy company Rosneft has begun promotion of the Northern Sea Route through which it hopes to begin in 2024 its massive Vostok Oil project as the alternative to the Suez Canal which was closed to traffic for days in March 2021, owing to obstruction created by large shipping.
The energy producer, Reuters reported, met large contractors from Italy, Germany, China, South Korea and Japan as part of its road show.
The project, the company said, requires 6.2 billion tons of oil, three airfields, two sea terminals, a railway, some 50 vessels and facilities to generate 3,600 megawatts of power. Russia describes the Northern Sea Route safer and more reliable than the Suez Canal.
Egyptian authorities in March suspended for six days maritime traffic in the canal after Panama-registered vessel ‘Ever Given’ was stranded and blocked the passage. Authorities reopened the canal on March 29th after successful refloating of the giant container vessel.