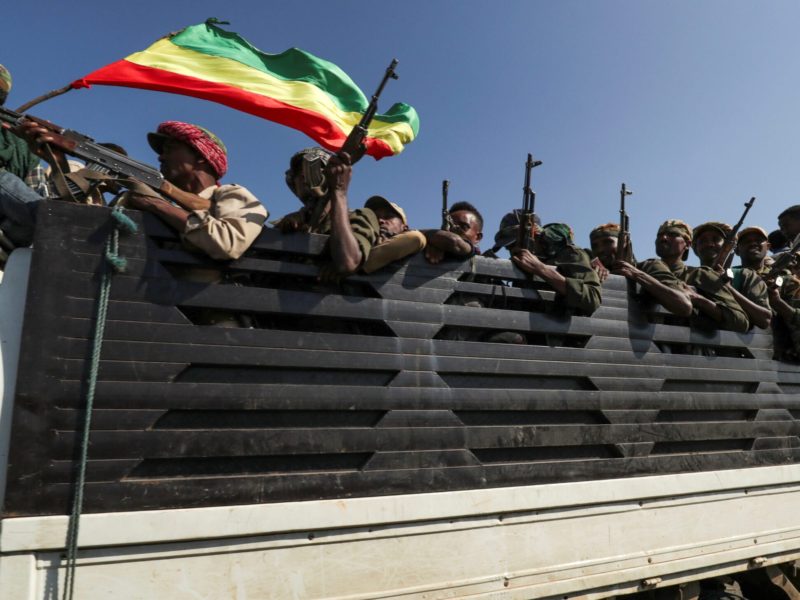 This is a new milestone in U.S.-Ethiopia relations. Washington has decided to impose sanctions against Ethiopian and Eritrean officials. First there will be visa restrictions, followed by heavy financial sanctions, including in the areas of security and economic assistance. The U.S. accuses officials in both countries of failing to take meaningful steps to end hostilities in the Tigray region, almost seven months after the war began. The Ethiopian government immediately retaliated.
“American attempts to interfere in Ethiopia’s internal affairs are not only inappropriate, but completely unacceptable. The words of the Ethiopian Ministry of Foreign Affairs are strong, after Washington announced that it would financially sanction the country for its management of the war in Tigray.
Sanctions that are “useless and counterproductive,” adds Addis Ababa, which assures us that it has done everything possible to cooperate with the Biden administration. However, according to U.S. Secretary of State Antony Blinken, the Ethiopian government has not taken meaningful steps to end the hostilities.
Washington will not only sanction Ethiopia bilaterally, but will also pressure the IMF and World Bank to freeze funding. This is a blow to the government of Abiy Ahmed and the already over-indebted Ethiopian economy, whose rating was recently downgraded by Moody’s.
Faced with this treatment, which it considers unfair, Ethiopia has announced that it will be forced, no more and no less, to re-evaluate its bilateral relations with the American giant.
This decision could jeopardize Ethiopia’s future. It is the country in Africa that receives the most aid from Washington, with nearly one billion dollars per year.