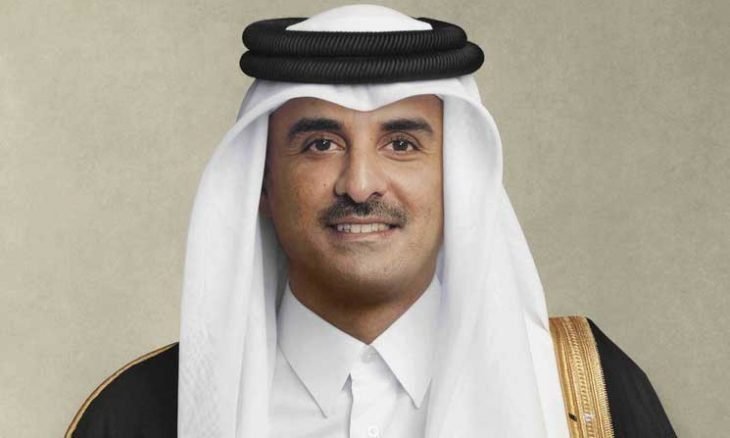 Qatar’s Emir Sheikh Tamim bin Hamad Al Thani is expected in Saudi Arabia today for an official visit at the invitation of the ruler of the regional power King Salman, the first such visit since January when Qatar reunited with its neighbors.
Sheikh Tamim, reports say, will be received at King Abdulaziz International Airport in Jeddah by Crown Prince Mohamed bin Salman.
The Qatar ruler during his sojourn, will hold a bilateral summit during which they will discuss the situation in the Gulf region in light of the developments in international talks with Tehran on the Iranian nuclear file and the efforts of the two countries in terms of confronting the Israeli attacks on the Palestinians in the Al-Aqsa Mosque, the “Bab Al-Amud” area and the “Sheikh Jarrah” neighborhood, in addition to The situation in Yemen and recent developments in the Afghan peace process, German state-run news agency DPA reports.
The two sides will also discuss “bilateral relations between the two countries and ways to enhance them in all fields to serve their aspirations, the agency adds.
The visit is the first by the Qatari ruler to the kingdom of Saudi since January after the reconciliation summit that put an end to more than years of Qatar’s isolations by its neighbors led by Saudi Arabia.
Saudi Arabia, Egypt, UAE and Bahrain severed ties with the tiny gas-rich country in 2017 on allegations that Doha sponsors terrorism.
Qatar blasted the charges and accused the Saudi-led league of plotting its invasion.
Diplomatic ties between sides have been restored since January. Last month, Sheikh Tamim bin Hamad Al Thani, received the Saudi Foreign Minister Prince Faisal bin Farhan bin Abdullah, who delivered an invitation from King Salman bin Abdulaziz to visit the kingdom.