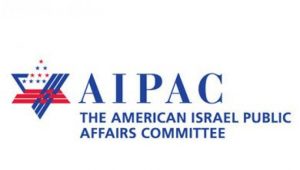 The renewal of relations between Morocco and Israel will give a new momentum to the peace dynamics in the Middle East, said Moroccan Foreign Minister Nasser Bourita.

“The renewal of diplomatic relations is a response to a double appeal: a call from the Moroccan Jewish community, eager to deepen its relationship with Morocco, but also a call for peace and the development of the original dynamic, conducive to a lasting peace in the Middle East,” Bourita pointed out in an address before the American Israel Public Affairs Committee (AIPAC), on the sidelines of its annual meeting.

For Morocco, a “pioneer in action for peace in the Middle East since the reign of the late King Hassan II”, it is a “normal step, a step of conviction, but also an investment in peace and a way to deepen the strong relationship between Morocco and the Jewish community”.

As put by King Mohammed VI in December, Morocco’s decision was not an opportunistic one. It is a natural decision due to the Kingdom’s ties with its Jewish community and to the historic involvement of Morocco in peace, the FM stressed.

He added that “the regional dynamic is very important. Regional stability is very important to promote peace between Israel and Palestine. Morocco has played a pioneering role in the peace process in the Middle East and it is today also ready to contribute to it”.

“We hope that all efforts will be made from all sides, including on the part of Israel, to promote genuine peace, a peace which will preserve Israel’s security and stability of its people, but which allows also Palestinians to enjoy their rights,” he said.

“The relationship is very old and the link between Morocco and the Jewish community is very deeply rooted. And I wonder if we can talk about Morocco and the Jewish community as separate entities because they are one community”, the official underscored, recalling that “the Jewish population has lived in Morocco for centuries. It is part of the Moroccan population. It enriched the Moroccan identity. And that is why our constitution is perhaps the only one in the Arab and Islamic world, which mentions the Jewish constituent among the important components of Moroccan identity”.

Bourita who surveyed the centuries-old relationship between the Jewish community and the Kings of Morocco since the 15th century when the Jews were expelled from Andalusia and welcomed in Morocco, recalled that the late King Mohammed V rejected the anti-Semitic laws of the Vichy regime and refused to hand over the Moroccan community to the Nazi regime.

Under the reign of Mohammed VI, Morocco has safeguarded Jewish heritage and ordered the inclusion of the Jewish dimension in Morocco’s educational curricula.

AS to relations with Israel, he said the liaison offices have been opened in Rabat and Tel Aviv, the two sides agreed to create direct air links between the two countries, and set up 8 working groups to beef up their cooperation in the fields of agriculture, tourism, water, security…

Bourita also warned of the looming Iranian threat in the region, saying that Tehran supported the Algeria-sponsored polisario separatists.

“This country (Iran) has not only armed the Polisario but it also offered military training to these militias in order to perpetrate attacks on Morocco’s territorial integrity,” he said.

Besides its armed support to the Polisario separatist, Iran’s activism has been on the surge in West Africa where it sows the seeds of instability.