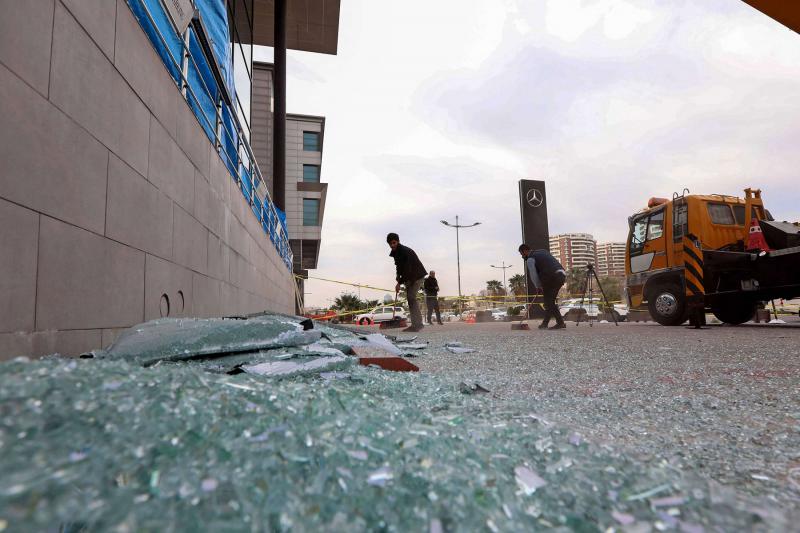 The attack, the Kurdistan’s interior ministry said, only left material damage. The explosives (TNT) the ministry also indicated were dropped near U.S. forces stationed at the airport.

The US Department condemned the attack saying that kind of violence violates the country’s sovereignty.

“Outraged by reports of attacks in the Iraqi Kurdistan Region. The Iraqi people have suffered for far too long from this kind of violence and violation of their sovereignty,” the spokesperson of US Department of State Ned Price said on Twitter.

No one claimed responsibility of the attack which is the second in kind in the region after a barrage of rockets hit the same U.S.-led military base in the Erbil International Airport vicinity in February.

One American contractor working with the US forces was killed.

US positions in Iraq have been repeatedly targets of attacks in capital Baghdad and in other parts of the country and Iran-backed militias have been held responsible.