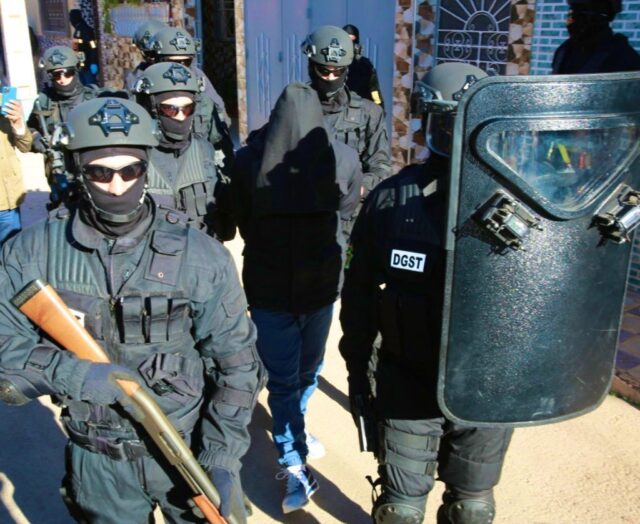 Morocco’s General Directorate of Territorial Surveillance (DGST) handed France essential information about a French woman of Moroccan origin, who was plotting a terrorist attack in a church.

The data enabled France to prevent the attack, a statement from the spokesperson of the DGST said Tuesday.

The news outlet added that the investigation said that the five suspects were planning to commit an “imminent violent action in Montpellier.”

Police said that none of the suspects were known to the security services.

According to the DGST, Morocco passed the information on at the right time. The statement added that the suspects were in the final stages of planning a suicide terrorist project inside a church.

The main suspect was going to attack churchgoers with a knife.

Moroccan services also provided France with information about the level of “extremism the woman who was plotting the terrorist project had reached.”

Information shared indicated that the woman was inspired by graphic video content that ISIS fighters continue to share on social networks.

The spokesperson said that the arrest is part of its counterterrorism cooperation and Morocco’s involvement in efforts and mechanisms to combat terrorist organizations and to achieve international security and stability.

The security operation is also part of the DGST’s commitment to continue to strengthen bilateral cooperation between Moroccan and French intelligence services to combat terrorist threats and extremism.

BCIJ said that the country’s services have dismantled 2,009 terror cells since 2002.