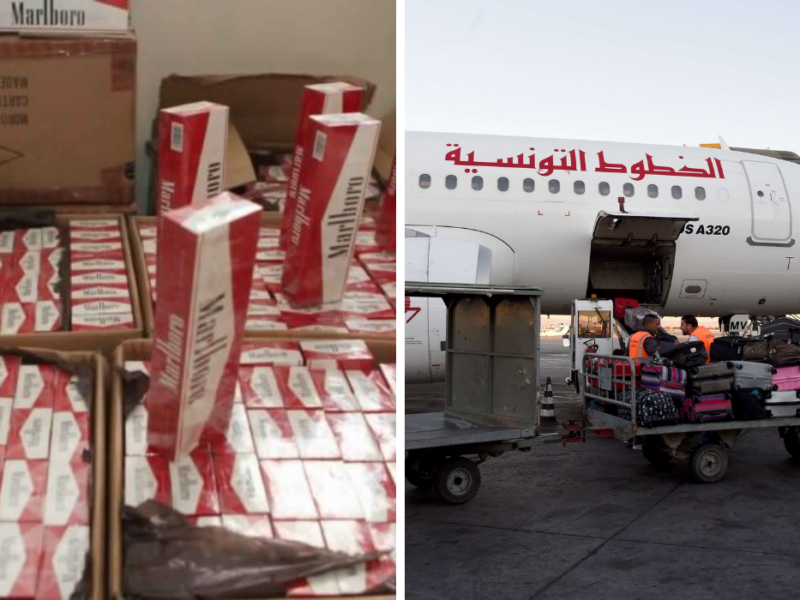 Three Crew members on a Marseille-bound TunisAir flight were detained Sunday in the French city for customs violation, reports say.
The airline in statement without giving details on the arrests reportedly said the crew members; stewards, on the Tunis-Marseille flight, have been suspended until the settlement of the case through legal means.
Universe News citing Al Wassat News notes, the detainees; two air hostesses and one steward, were caught red handed trafficking 300 cartons of “Marlboro cigarettes; 3000 packs of cigarettes. One of air hostesses, had been in the past subject to discipline after he was caught trying to traffic jewelries for one her the acquaintances.
The Sunday arrests further stain furthermore the image of the airline already in financial difficult and administrative situation.
TunisAir has been unable to pay salaries and owes more €10 million to TAV, a Turkish and global airport operator. The company currently operates a fleet of eight aged passenger jets.