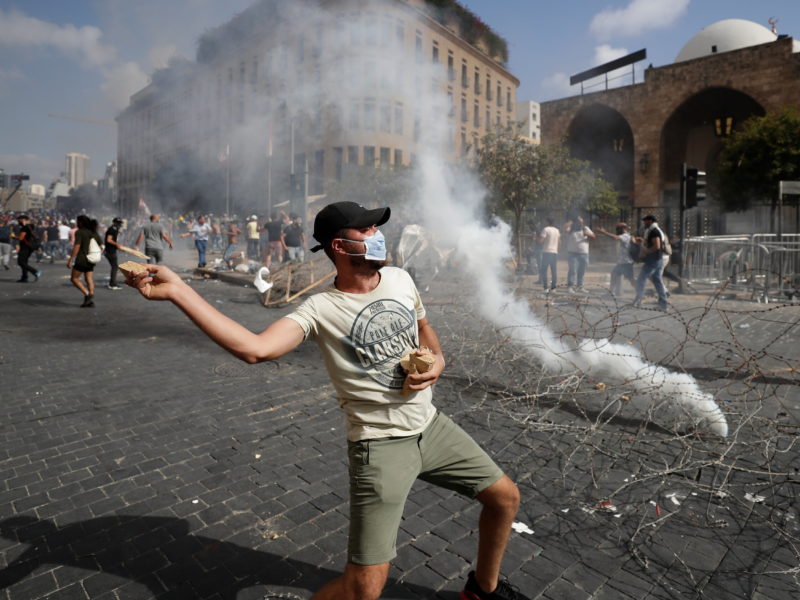 Lebanese defense minister Zeina Aker Sunday issued an indefinite ban on firearms licenses amid fears that escalating popular protests could descend into armed conflict, Middle East Monitor, MEMO, reports.
The caretaker minister’s directive will take effect from Monday but will not be applied to diplomatic missions, politicians and heads of religious groups, and their personal staff.
The new measure came amid serious clashes between security forces and protesters who took to street on Tuesday for the several days after the Lebanese currency recorded a historic collapse against the US dollar with an exchange rate of more than 10,000 pounds on the black market.
In the protests which spilled to Beirut, Sidon, Tripoli, and Baalbek, demonstrators blocked major roads in and around the capital as well as in the north and south of the country.
A number of media, MEMO notes, warned on Sunday that the country is on the verge of collapsing into an endless cycle of violence.