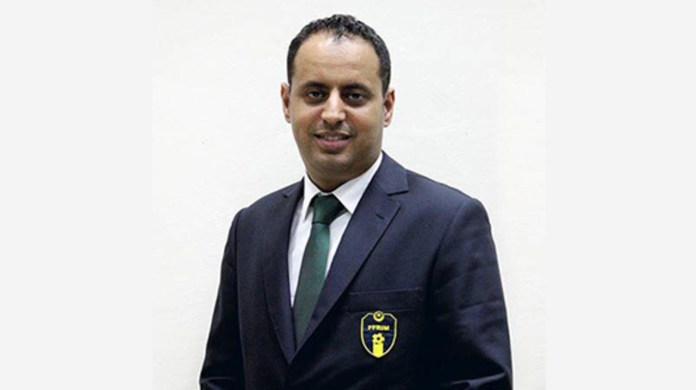 After the Senegalese Augustin Senghor and the Ivorian Jacques Anouma, the Mauritanian Ahmed Yahya announced in a press release on Saturday, March 6 that he no longer wants to run for the presidency of CAF. The South African Patrice Motsepe now remains alone in the running.
The Mauritanian Ahmed Yahya, who had announced his candidacy for the presidency of the Confederation of African Football (CAF) on November 9, 2020, decided this Saturday, March 6 to renounce the election to be held on March 12 in Rabat. The day before, the Senegalese Augustin Senghor and the Ivorian Jacques Anouma had done the same. Only one candidate remains, the South African Patrice Motsepe.
The four men were in Nouakchott for the final of the CAN under 20 years. They should validate the Rabat compromise and share the cake. Namely: the position of vice-president for Augustin Senghor, and that of second vice-president for Ahmed Yahya. As for the Ivorian Jacques Anouma, he should inherit the title of “special advisor” to the president. Jacques Anouma had judged last Tuesday “not too democratic” this agreement in Rabat, leaving open the possibility of maintaining his candidacy.
Billionaire Patrice Motsepe, owner of the Mamelodi Sundowns club, is expected to become the first English-speaking head of the Cairo-based institution founded in 1957.
CAF’s image has been tarnished by financial scandals and the outgoing president, Malagasy Ahmad Ahmad, was suspended for five years by the Fifa in November on suspicion of corruption. He was temporarily reinstated by a decision of the Court of Arbitration for Sport (CAS) in late January. The Malagasy was heard on March 2 and 3 by the CAS and is now desperately awaiting the verdict of this supreme body in sports disputes. Ahmad wanted to run for a second term but was turned down.
According to several close sources, Patrice Motsepe has the preference of the Fifa, which wants someone new, not involved in the old direction, to attract new sponsors, investors and give a better image of CAF after all that has happened. The president of Fifa, Gianni Infantino, denied having interfered in the elections at CAF.