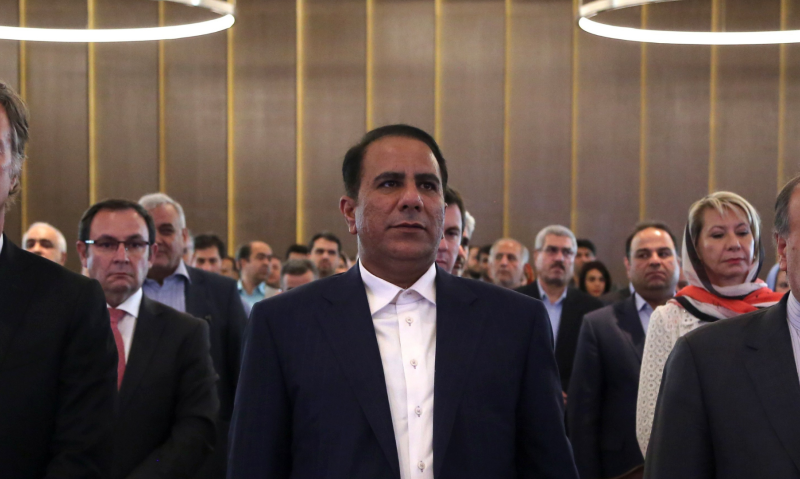 A court in Iran has sentenced the brother of the Vice President to two years in prison on corruption charges.
Gholamhossein Esmaili, spokesman of the Iranian judiciary, The New Arab reports, indicated that Mahdi Jahangiri, the brother of Eshaq Jahangiri is accused of “professional currency smuggling” in the amounts of 607,100 euros and $108,000.
Mahdi also, according to the verdict, must return the funds and was fined four times the amounts in question.
The ruling is final and not to be appealed, Esmaili noted.
Mahdi, a former board member of the Tehran Chamber of Commerce and the founder of the private Gardeshgari Bank, was arrested in October 2017 and released on bail in March 2018, pending trial, The New Arab reports.
His brother Eshaq Jahangiri reportedly refused to interfere with the trial and demanded a fair trial.
Hossein Fereidoun, brother of President Hassan Rouhani, was handed five years in prison sentence in October 2019 on financial misconduct charges dating back to 2016.
Rouhani’s critics, hard-liners who control the judiciary, brought up the case.