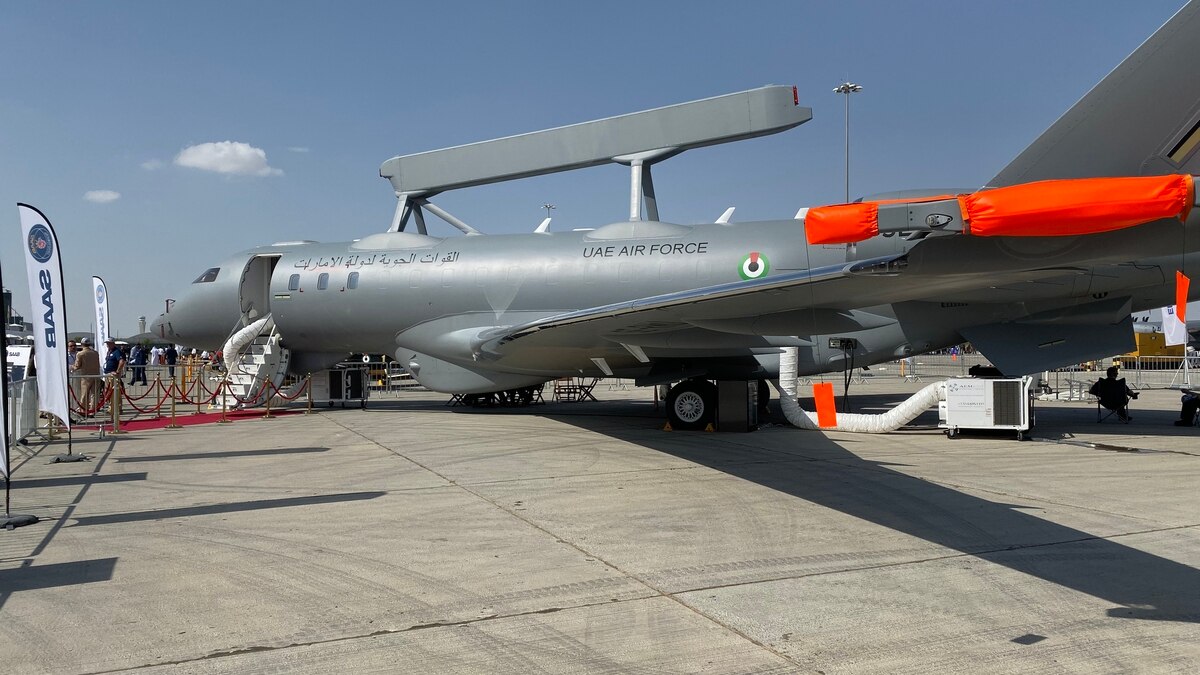 The United Arab Emirates, UAE, has placed an order for two more highly sophisticated surveillance Saab GlobalEye aircraft for a value of $1 billion.
The new contract was signed on Dec. 30 but was only announced by the Swedish company early this week. The new deal, Defense News reports, is an extension of a 2015 deal, which saw the country commit to an initial three copies of the GlobalEye, made up of Bombardier Global 6000 business jets equipped with Saab’s Erieye long-range radar and other surveillance sensors.
The new batch included an option for two additional buys. The two new aircraft will be completed by 2025 and works will take place in Gothenburg, Linköping, Arboga, Järfälla and Luleå (Sweden) and Centurion in South Africa.
The Gulf country had already taken delivery of its first Saab GlobalEye aircraft in spring last year amid the global pandemic. The military jet is said to provide ground, air and maritime surveillance in a single package.