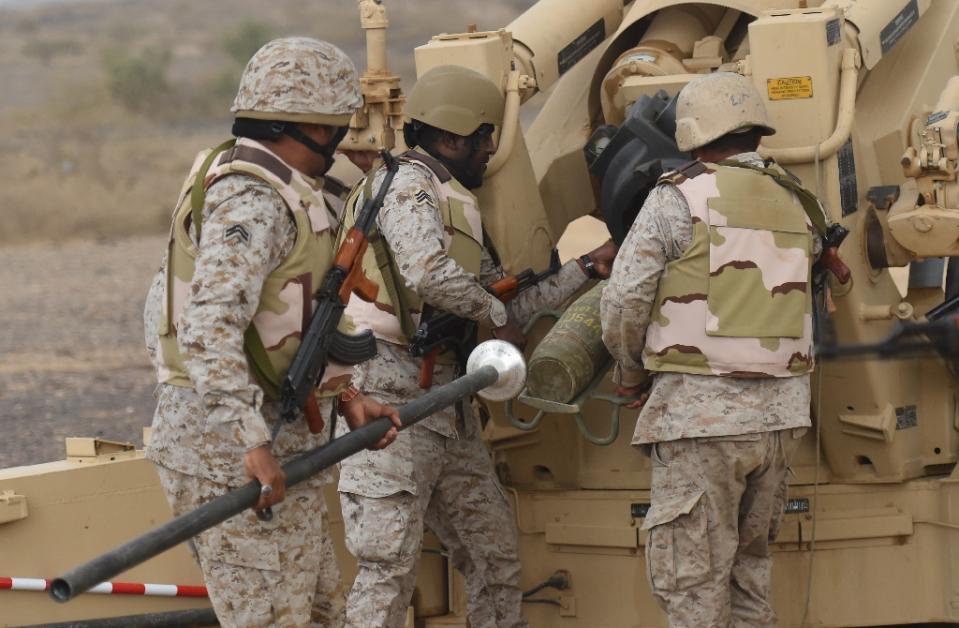 Two Saudi military forces were slain in Najran, south of the kingdom, near the border with Yemen where the Gulf country has been clashing with Houthi rebels, reports say.
The kingdom’s news agency, SPA, noted, that the soldiers were killed while on duty. The agency however did not elaborate on the circumstances.
The latest fatalities increase the Saudi losses near the border with Yemen to 9.
Houthi rebels have been firing rockets and missiles over the kingdom in retaliation to the Gulf country’s intervention in the poorest Arab country since 2015.
Saudi Arabia is leading a pan-Arab mission in Yemen to reinstate President Mansour Hadi flashed out of Sanaa by the Houthi who enjoy Iran’s support.
The rebels took over the Yemen capital in 2014 and forced Hadi to move the government to Aden, the country’s second city.
Tens of thousands of Yemenis, including numerous civilians have been killed in the conflict that took larger proportions with the Saudi-led intervention.