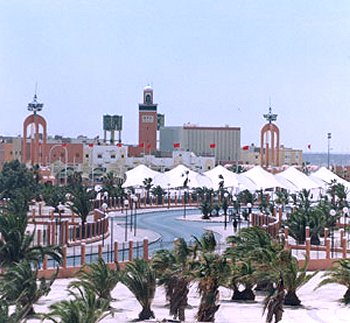 Egypt is on the verge of becoming the fourth country of the Arab League to open a diplomatic mission in Laayoune, capital of Morocco’s southern province recently recognized by the United States.
President Abdelfattah al-Sisi, Egyptian media reports notes, is expected to send foreign minister Sameh Choukry to discuss with his Moroccan counterpart Nasser Bourita details of such a move.
Rabat has not confirmed Egypt’s intention but it comes a few days after President al-Sisi welcomed the establishment of official diplomatic ties between the kingdom and Israel brokered by US President Donald Trump.
Trump on Dec. 10 announced diplomatic ties between the two countries and US recognition of the disputed Sahara territory as part of the kingdom.
The recognition is widely viewed as a major diplomatic victory for Morocco and will open the channel for more recognition.
With a consulate in Laayoune, Egypt will follow in the footsteps of the UAE, Jordan and Bahrain, the first three Arab League countries to seal Morocco’s sovereignty over the territory it considers its southern province.