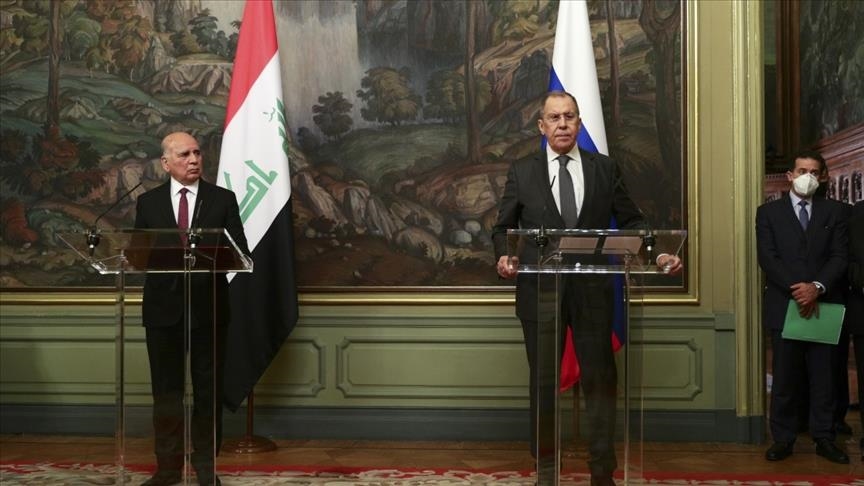 Russia and Iraq Wednesday said they discussed military cooperation between the two countries with new arm deals in perspective during the next visit of the Iraqi defense minister to Moscow in the “foreseeable future”.
Russian foreign minister Sergey Lavrov received his Iraqi counterpart Fuad Hussein in Moscow. Lavrov following the talks indicated that Russia is “ready to meet any demand for Russian-made military products.
“The Iraqi defense minister is to come in the foreseeable future, and I am sure that these issues will be discussed in detail there,” he stressed. Hussein confirmed Lavrov’s remarks noting that the details of new future deals will be ironed out when Gomaa Enad will travel to the Russian capital.
Aside from the military cooperation, Iraq and Russia, according to Hussein, will sign 14 bilateral documents that cover various areas of cooperation, including the oil and gas industry, healthcare, and trade. The signings will take place during the next meeting of the joint business council between the two countries.