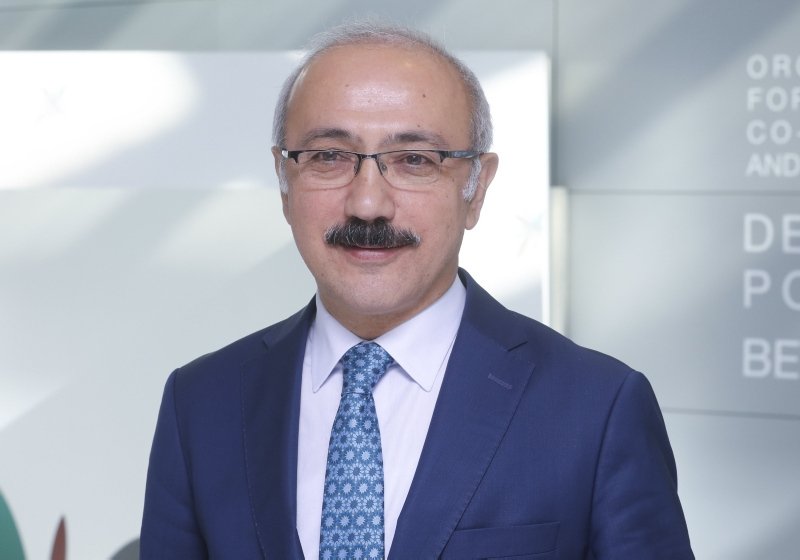 Turkish President Recep Tayyip Erdogan has appointed a former Budget and Planning Commission chairperson as the country’s new minister of Treasury and Finance after his son-in-law and Finance minister Berat Albayrak resigned on Sunday, citing health issues.
Lütfi Elvan, 58, is a member of the ruling Justice and Development Party (AK Party). He served the party several times as a lawmaker following his election two times, 2007 and 2011.
The Istanbul Technical University Faculty of Mines, Leeds University and Delaware University graduate had held several positions including deputy Prime minister and minister of Transport, Maritime and Communication. He also served as the chairperson of the parliamentary Budget and Planning Commission.
Albayrak tendered in his resignation on Sunday owing to health concerns. “I have decided not to continue my ministry duty that I have been holding for five years. From now on, I will spend more time with my father, mother, wife and children, who have always supported me during this time,” Albayrak said on his Instagram account.
“My successors will firmly and confidently continue to march towards our Big and Strong Turkey aim under the leadership of our President,” he added. His resignation came following the appointment of a new head of the central bank by the Turkish leader. Erdogan hand-picked Naci Agbal, former finance minister in replacement of Murat Uysal at the time the national currency Lira plunged 30 per cent in value against the dollar, reports say.
It is unclear whether Albayrak’s resignation and the new appointment are connected but media reports indicate that the former official who married Erdogan’s eldest daughter was not informed about Agbal’s nomination.