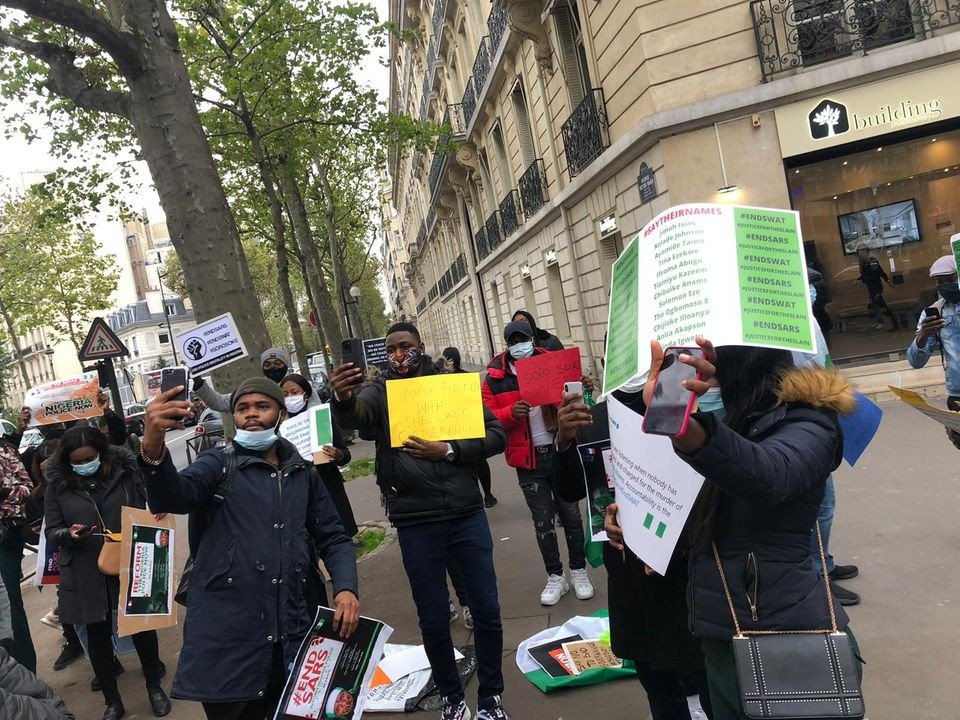 Egypt will deport seven Nigerians following their arrest at an unauthorized protest last month against the West African country’s notorious Special Anti-Robbery Squad (SARS), Nairametrics reports.
A total of Eight were arrested at the October 18 anti-SARS demonstration in Cairo, seven according to Egyptian authorities will be deported to Nigeria for lack of resident permits.
The eighth one, has a resident permit and is expected to get final clearance from the Egyptian Interior Minister, Mahmoud Tawfik, after signing an undertaking not to be involved in unauthorized activities while still in the country, the media notes citing a statement from the Nigerians in the Diaspora Commission (NiDCOM).
Nigeria last month disbanded the police unit force accused of grave human right violations after a wave of popular street outrage following the emergence of online graphic footage and shared experiences of abuses by the infamous squad known commonly as SARS.