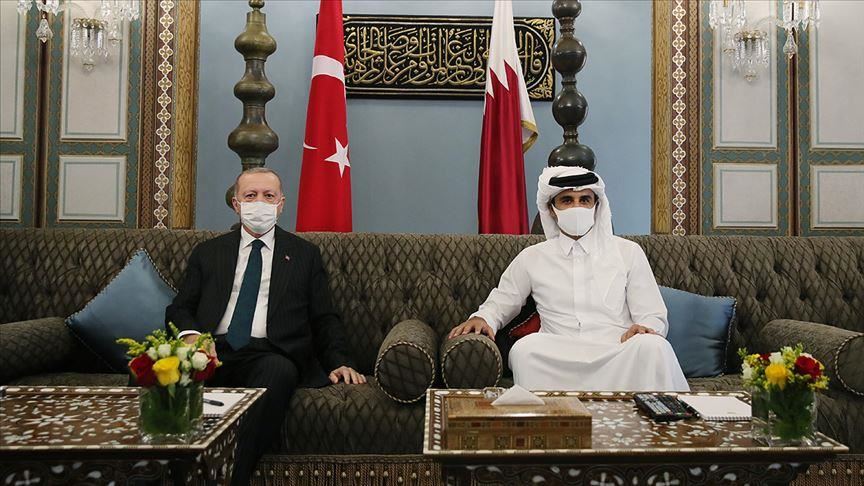 Turkish President Recep Tayyip Erdogan has lauded the presence of Turkish forces in Qatar as a stability and peace factor in the Gulf region.
“No one except for those making plans of chaos should be disturbed by Turkey and the Turkish military presence in the Gulf,” Erdogan is quoted as saying in an interview of the Qatari media The Peninsula.
The base, according to the Turkish leader, is a symbol of brotherhood, friendship, solidarity between the two countries.”
Turkey in June 2017 ramped up military presence in Qatar right after Saudi Arabia, UAE, Bahrain and Egypt severed ties with Qatar over allegations that the tiny Gulf country supports terrorism.
The Saudi-led league also imposed a sea/air/ground blockade. Qatari officials also suggested that the kingdom and its staunch allies planned to invade the gas-rich country.
Both Turkey and Qatar also boosted their military cooperation and have established a joint military base in Qatar.
Erdogan made the remarks Wednesday as he visited Qatar for a single-day working with Emir Sheikh Tamim bin Hamad Al Thani.
The Turkish move had angered the Saud-led camp. Relations with Ankara and Riyadh further went sour following the assassinations of Saudi journalist Jamal Khashoggi in Istanbul in October 2018.
Turkey finger-pointed without naming him the Crown Prince Mohamed bin Salman for the horrific murder as Turkish investigators established a link between the Crown Prince and the squad dispatched in Istanbul to slain the Washington Post contributor.
Saudi Arabia last month reportedly ordered a ban on Turkish goods across its territory leaving hundreds of trucks with Turkish goods stranded at the border.ity in Gulf