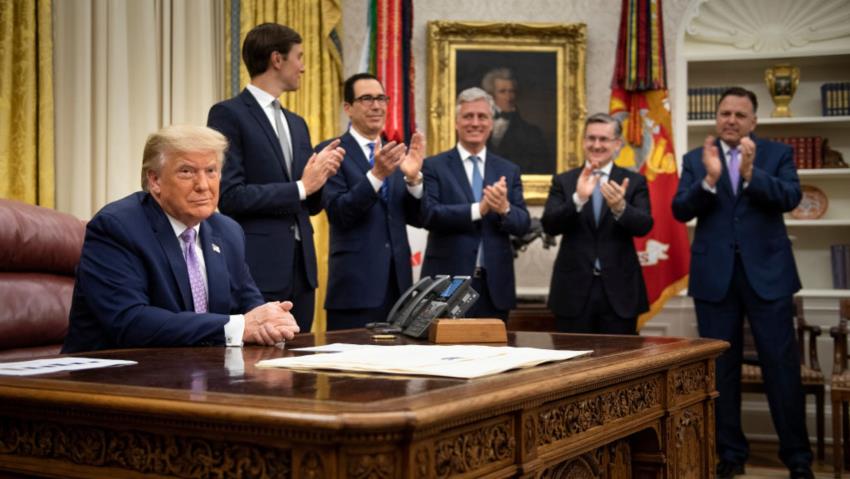 US President Donald Trump Monday vowed a response 1,000 times greater in magnitude” to Iran after reports alleged the Islamic Republic is plotting an assassination on US ambassador to South Africa, Lana Marks, to revenge killing top military general Qasem Soleimani early by the U.S.
“According to press reports, Iran may be planning an assassination, or other attack, against the United States in retaliation for the killing of terrorist leader Soleimani,” Trump tweeted.
“Any attack by Iran, in any form, against the United States will be met with an attack on Iran that will be 1,000 times greater in magnitude!”
Over the week-end US media citing unnamed sources alleged that Iran has planning to take Marks’s life in assassination plot.
Iran has however brushed aside the allegations calling them “baseless” and part of “repetitive and rotten methods to create an anti-Iranian atmosphere on the international stage, The New Arab reports.
Tensions between the two countries have further flared since January following the Soleimani’s assassination in US air-strike outside Baghdad airport. Tehran has vowed to revenge the killing of its military commander. The UN also condemned murder.
Trump in 2018 unilaterally tore up Washington’s commitment to the 2015 nuclear agreement signed between Iran and the world power and re-imposed tougher economic sanctions.