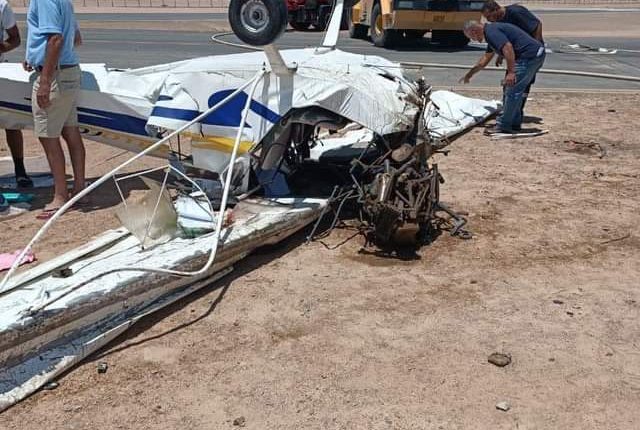 Two pilots on board a plane died Thursday after their aircraft, flying over Egypt’s popular Red Sea resort, crashed at Gouna Airport.

Mohamed Al-Seroojy, 61, and Akram Al-Hossary, 36 died after their plane crashed, rolling over more than once at landing. Both passengers were on an experimental trial, Middle East Monitor reports.

The aircraft belonged to Air Man, a private company. Authorities have launched an investigation to establish causes of the crash. Egypt has repeatedly recorded plane crashes in recent years. In 2016, a plane flying overnight from Paris to Cairo ended into the Mediterranean Sea killing all 66 people on board. Investigators blamed the incident on a fire in the cockpit.

Late 2015, A Russian passenger jet with 224 people onboard was downed over Sinai Peninsula after takeoff from Sharm El Sheikh. The Islamic State group, ISIS, claimed responsibility for the dramatic event. It claimed one of its fighters planted a bomb into the jet belonging to Metrojet.