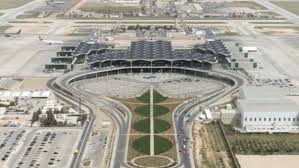 Jordan has shelved its decision to re-open the country’s sky for regular international flights over a surge in covid-19 contaminations abroad, reports say.

The move has been reviewed as officials worry large numbers of people arriving by air could reverse Jordan’s success in curbing the spread of COVID-19.

The Middle East country has one of the lowest records of cases in the region. Jordan has reported 1,218 cases with 11 deaths. Few daily cases reported over the six past weeks have been described as imported cases.

Concerns raised in recent days by a spike in COVID-19 infections in neighboring Iraq, Syria, and Lebanon, all major travel destinations from Jordan, MEMO reports.

In March, Jordan like many countries around the world shut down its airports but allowed repatriation flights for Jordanians stuck abroad and for foreign residents who wanted to leave.

Queen Alia International Airport used to handle, prior to the pandemic, around nine million passengers a year in average.

Written by: KanelkaTagba on August 5, 2020.
Last revised by: Jaber Ali