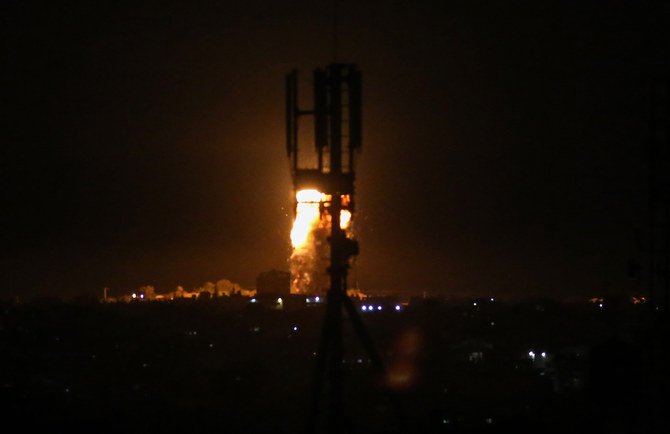 The Israeli air force Monday launched a series of air strike on Hamas “facilities” in Gaza strip in reprisal of a rocket launched from the enclave controlled by the Islamist and resistance movement.
The rocket according to Israel was fired on Sunday and was intercepted Iron Dome anti-rocket system. It was the first to be fired from the Palestinian coastal enclave since the first week of July, and set off sirens, the Israeli army in statement relayed by The New Arab. In response, “our fighter jets and & aircraft just struck subterranean Hamas terror facilities in Gaza”, the Israel Defence Forces said in a statement.
The rocket however did not cause any harm and casualty. Israel and Hamas have been locked in a confrontation since 2007 after the Islamic movement won elections in the strip. They have fought three wars since 2008. Both sides have toned down their rivalries over the past few years but tensions have been high with periodical gun fire exchanges and Israel’s responses with airstrikes.