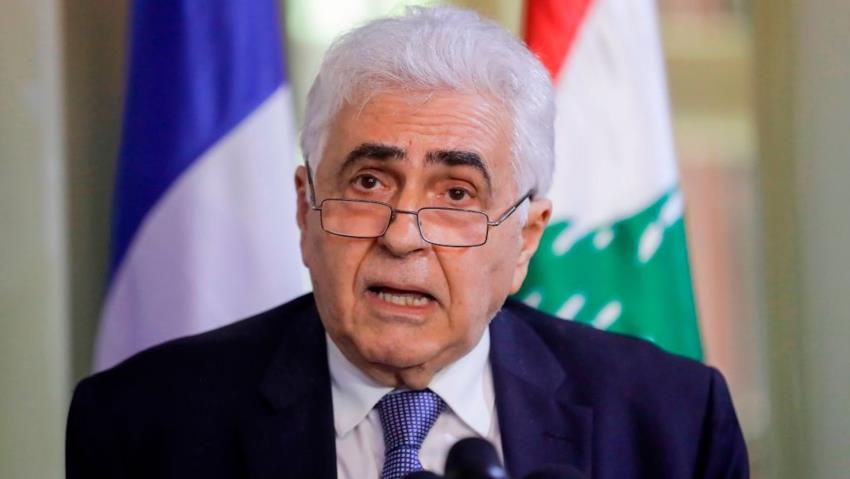 Lebanese President has appointed his diplomatic adviser as the new Foreign minister after former top diplomat Nassif Hitti resigned Monday citing government’s “lack of willingness for reforms” to pave the way for a bailout by the International Monetary Fund (IMF).
Nassif Hitti reportedly, submitted his resignation to Prime Minister Hassan Diab. Hitting according to his ministry warned that the Middle East country is a “failed state”. “Lebanon today is not the Lebanon we loved, that we wanted to be a beacon and model, it is slipping to become a failed state – God forbid,” Hitti said.
“I resigned from my duty as foreign minister, hoping that the government and those who manage the state re-evaluate many of the policies and practices, and give priority to citizens and the nation over all other interests and contradictions,” he added. The top diplomat also lambasted leaders of the country for lack unity for the interest of the Lebanese people, but instead sought their own, the London-based media reports.
President Michel Aoun and Premier Diab appointed Charbel Wehbe who has been diplomatic adviser of the Lebanese President since 2017. The 67-year old man is a former secretary general of the foreign ministry. Lebanon has been embroiled in an economic and financial crisis which began last year. The crisis, the worst since 1990, has compounded with street protests demanding an overhaul of the political class accused of corruption.
The country has entered into talks with the IMF for a bailout but the negotiations have stalled over lack of willingness for comprise over the scale of vast financial losses between the government, the banking sector and lawmakers from the main parties, reports say. Two government negotiators have resigned in protest at the handling of the crisis.