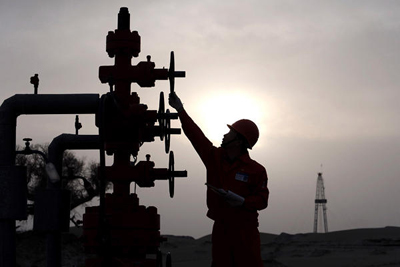 Syria and Turkey Sunday condemned as illegal an alleged oil deal between a US firm and Kurdish rebels [Syrian Democratic Forces (SDF)] controlling the northeastern part of the war-torn country.
The Syrian foreign ministry, Reuters reports, in statement accused the named US firm of “stealing” Syria’s crude.
Damascus “condemns in the strongest terms the agreement signed between al-Qasd militia (SDF) and an American oil company to steal Syria’s oil under the sponsorship and support of the American administration”, the statement said.
“This agreement is null and void and has no legal basis,” it said.
The alleged deal was confirmed by Turkey which condemned the U.S. for supporting the deal, which disregards international law, Syria’s territorial integrity, unity and sovereignty and finances terrorism, Daily Sabah reports.
Ankara also criticized the SDF of aiming at dividing Syria and exploit its natural resources. Turkey accused the SDF of fostering the YPG; a terrorist group.
The Syrian regime has lost control of oil fields in in a stretch east of the Euphrates River in Deir al-Zor. The field are controlled by US forces.