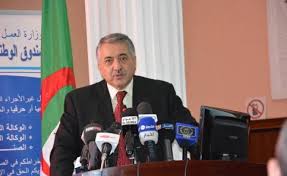 National Solidary Minister, Kaouther Krikou has been appointed as acting minister in replacement.

The office did not provide reasons for the move. Youcef, 64, was appointed early January in the president’s first cabinet after his election in December.

The move comes on the backdrop of a recent incident – payment of pension for retired civil servants. Hundreds of retirees queued up in front of post offices to cash in their pension.

Youcef, Algerie Patrioque notes, tended in his resignation to the president over family issues.