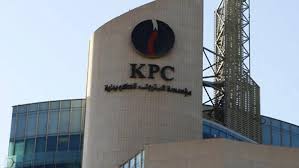 Kuwait announced Wednesday non-Kuwaitis will no longer be hired in the Gulf country’s Kuwait Petroleum Corporation (KPC) and its subsidiaries for the remainder of the year till next year.

Minister of Oil, Acting Minister of Electricity and Water, Khaled Al-Fadhel, unveiled the policy Wednesday during a parliamentary committee session.

Fadhel also indicated that the number of special contracts for foreign workers would be cut while warning that he “would not be inactive” towards the layoff of Kuwaiti citizens serving in national petroleum companies.

The Gulf oil-rich country has embarked on a large scale policy to reduce the number of expat workers in the public sector.

“The ideal population structure is to have Kuwaitis being 70 percent and non-Kuwaitis 30 percent, so we have a big challenge in the future, which is to address the discrepancy in the population,” he told editors of local newspapers.