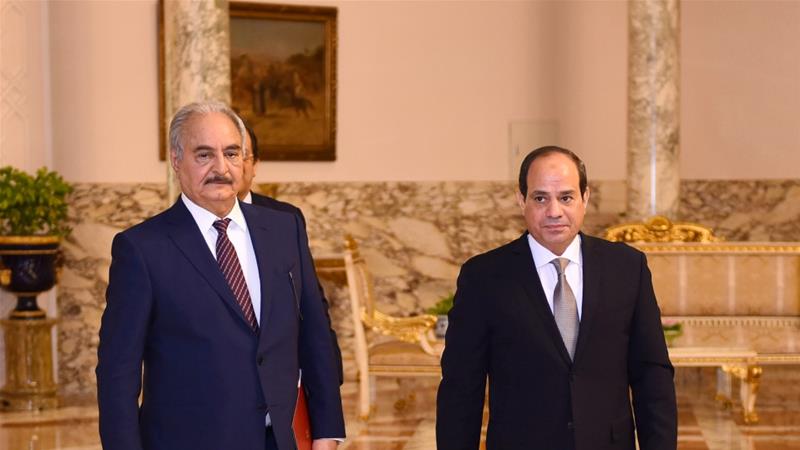 Egypt has sent military tanks and helicopters to its borders with Libya after President AbdelFattah al-Sisi backed truce between protégé Khalifa Haftar and UN-backed Government of National Accord (GNA), Defense Blog reports.

The Egyptian army has mobilized 18 M1A2 Abrams Main Battle Tanks and at least six Mi-24 attack helicopters. The army is ready to enter Libya to antagonize with Turkish forces and Syrian mercenaries fighting on the side of the GNA forces, the media said.

The move came on the heels of the presentation on Saturday June 6 of “a Cairo declaration”, a plan seeking to end years of conflict in neighboring Libya.

“This initiative calls for respecting all international efforts and initiatives by declaring a ceasefire from 16:00 GMT Monday, June 8, 2020,” the Egyptian President told a news conference on Saturday.

The Cairo declaration, which backs Haftar’s agreement to return to truce talks, urged the withdrawal of “foreign mercenaries from all Libyan territory”.

Egypt has become wary of the advance of Turkey-backed GNA forces following several gains at the expense of Haftar forces. Last month, the Egyptian President ordered the army to feed up security at its eastern border, after GNA forces seized the key Wattiyah airbase last month.