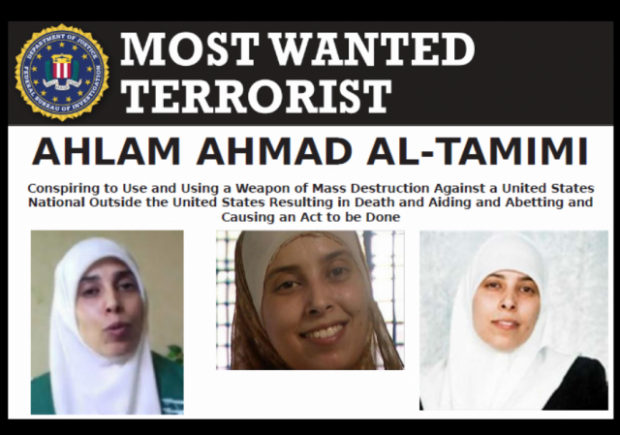 A group of US Republican lawmakers have threatened Jordan with sanctions as the Middle East country appears to ignore a request for the extradition of Ahlam Tamimi, a Jordanian citizen wanted in the U.S in connection with 2001 bombing of a Jerusalem pizzeria, The New Arab reports.
Congressmen Greg Steube, Paul Gosar, Ted Yoho, Doug Lamborn, Brian Mast, Scott Perry, and Louie Gohmert have applied pressure on the kingdom to hand over Tamimi to the American justice over her connection with the bombing which killed 15 people including two US citizen.
Steube, The New Arab notes, renewed the demand in a letter to Jordan’s envoy to Washington Dina Kawar late last month.
“As lawmakers ourselves, seeing Jordan provide a confessed bomber with legal impunity while rebuffing an arrest warrant and extradition request from its most significant ally and friend, the United States, amounts to a deeply troubling scenario,” the lawmakers said in the joint letter.
The sanctions under a December 2019 law allows US lawmakers to stop any country from receiving US for violating extradition treaty in relation to individuals wanted on charges for which the maximum penalty is life imprisonment without the possibility of parole.
The U.S in 2017 issued an arrest warrant for Tamimi several years after she was freed in prisoner swap operation between Israel and Palestinian movement, Hamas, in 2015.
Jordan, the third largest US aid recipient in world has refused the request arguing that that parliament has not yet ratified an extradition treaty signed between the two allied nations.
Tamimi who was originally handed to 16 life sentences reportedly confessed to her involvement saying that she scouted the restaurant as a target and guiding suicide bomber Izz al-Din al-Masri to its location.